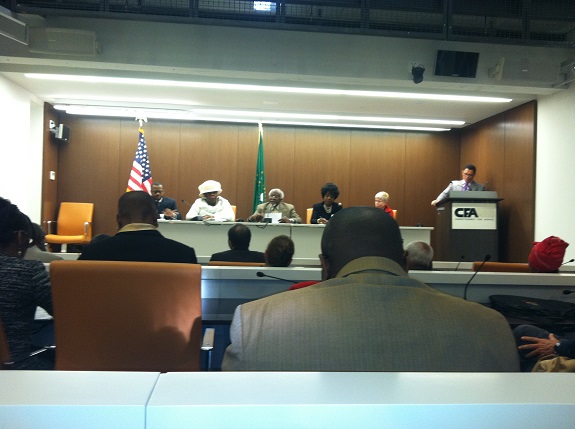 Without a doubt, Africa is being torn apart by many political problems indeed, but the recent Ebola outbreak was very catastrophic. This sad situation that affected some countries such as Liberia, Sierra Leone, Guinea, etc., is calling for action. If the world keeps ignoring the neglected disease in Africa, it will be surprised by the cost of the consequences.

Efforts are being made to try to help the afflicted countries to recover from the Ebola devastation. So far, more than $50 million has been raised for the affected countries. The African Union has called all countries to cancel the debt of the countries affected by Ebola. Right now, although we do not hear about Ebola as much and the crisis is fading, we should not think that Ebola is cured and the epidemic will not happen again! Ebola has been going back and forth for many decades. A global strategy is needed to ensure this problem is tackled from all possible angles.

Summits and other types of conferences have been done to try to address the Ebola crisis. On February 6, 2015, a historical Forum was held on Africa Healthcare Reform at the African Union Mission in Washington DC. That meeting drew some of the top African professionals and stakeholders operating in the healthcare field in the USA. DiasporaEngager https://www.diasporaengager.com was privileged to be invited at that high-level meeting led by Mr. Melvin Foote, the founder and president of Constituency for Africa (CFA). The need is to “collaborate and cooperate, not just help” Africa, as mentioned by Dr. Roscoe M. Moore Jr. (retired US Assistant Surgeon General) who is the Interim Chair of CFA and also the Chair of the Africa Healthcare Infrastructure Committee.

Unfortunately, many African leaders are not considering healthcare as a top priority. At the same time, many nonprofits funded by Western countries are dominating the healthcare system in African without really contributing to the true solution. Therefore, it is imperative that the African governments give a priority to healthcare issues in their national medical budget. Additionally, African governments must better regulate their healthcare system so that outsiders do not continue to dictate what needs to be done. To succeed in this effort, religious practices and faith actions must also be considered and fostered. To fully address the issues, efforts must be made regarding: The statistics of the African professionals living in the diaspora are alarming. As of 2015, more than 135,000 doctors and nurses trained in Africa are living in the diaspora. More than 50,000 Nigerian doctors are living in North America alone. It is shocking to know that there are more medical doctors from Benin living in France than doctors living in Benin. The sad thing is that “people don’t listen to Africa and its diaspora, because the Africans don’t have a voice”, said Prof. Allen Herman, founding Dean of the National School of Public Health in South Africa. The minds and the ideas to reform healthcare in Africa are not what lack. One of the problems is that many outsiders of Africa do not want to empower the identity of the Africans, but instead they prefer the Africans to celebrate theirs. However, as pointed out by Dr. Julius Garvey (a USA board-certified surgeon and son of the legendary pan-Africanist Marcus Garvey Jr.), the African healthcare problem is not just a brain drain issue. Even if all the diaspora healthcare workers return to Africa, it will solve just about 10% of the human resource problem. A paradigm ship is needed, and the colonial healthcare system in Africa needs to be reformed. Africa must design a curriculum so that its healthcare specialists can be trained quickly rather than trying to follow the long medical training period required in western countries. Instead of trying to train “degree nurses”, Africa must train its healthcare personnel to address the need quickly.

Let’s keep in mind that Ebola is just one of the major diseases that are devastating to Africa. What can we say about HIV, Malaria, and Tuberculosis? If you want to join us in this effort to engage the global diaspora in the development of their country, please sign up at www.DiasporaEngager.com/miniRegister.